Doctor Who Concordance Wiki
Register
Don't have an account?
Sign In
Advertisement
in: Time Lords, Scientists, Engineers,
and 3 more

The Doctor was the name most often used by a Time Lord scientist and engineer who travelled in time and space by piloting a Type 40 TARDIS. To the Time Lords, the Doctor was variously a pioneer, a political figure, a criminal, and a reluctant agent of their interests. The Doctor's presence in the history of many worlds has led to them being mythologised and even deified in a number of civilisations.

Incarnations that travelled in the Doctor's TARDIS[] 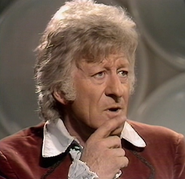 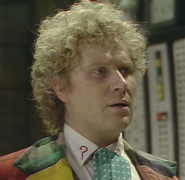 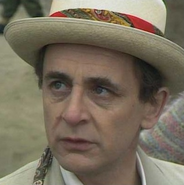 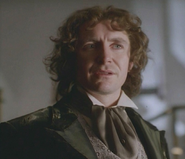 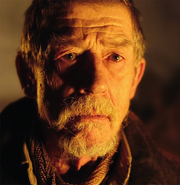 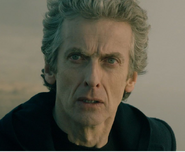 Other manifestations of the Doctor[]

The Doctor had once been a father and a grandfather, and had at least one granddaughter. (DW: "Fear Her", "The Empty Child", "100,000 BC") The Doctor noted that - due to their non-linear way of experiencing events - they were "rubbish" at weddings, especially their own. (DW: "Blink") As of their tenth incarnation, the Doctor had lost their children long ago. The Doctor said that their children left a hole in their life that was only filled with pain, and - until they encountered Jenny - the Doctor thought that the part of them that was a father died with their children. (DW: "The Doctor's Daughter") The Doctor could remember their family when they wanted to but was only able to bring them back in front of their eyes when they really tried: "the rest of the time they sleep in my mind, and I forget." (DW: "The Tomb of the Cybermen") When asked if they had any family, their seventh incarnation would say that they did not know. (DW: "The Curse of Fenric")

The Doctor had memories of time spent with their father, and once received a gift from a "dull godmother with two heads and bad breath." (DW: "Doctor Who", "Vincent and the Doctor") On one occasion they claimed that they were half-human, on their mother's side. (DW: "Doctor Who") They did have at least one brother, but no longer had one as of their tenth incarnation. (DW: "Smith and Jones")

"The Doctor is a legend woven throughout history. When disaster comes, he's there. He brings a storm in his wake and he has one constant companion: death."
- Clive Finch (DW: "Rose")

Through their actions, the Doctor was responsible for the existence of the word "doctor" as a term for a healer and wise man throughout the universe. In the language of the people of the Gamma Forests, the word "doctor" meant "mighty warrior." Lorna Bucket, a resident of the Gamma Forests, knew them as a "great warrior." (DW: "A Good Man Goes to War")

DR. WHO - A name given to him by his three earthly friends because neither he nor they know who he is. Dr. Who is about 650 years old. Frail looking, but wiry and tough like an old turkey - is amply demonstrated whenever he is forced to run from danger. His watery blue eyes are continually looking around in bewilderment and occasionally a look of utter malevolence clouds his face as he suspects his earthly friends of being part of some conspiracy. He seems not to remember where he comes from but he has flashes of garbled memory which indicate he was involved in a galactic war and still fears pursuit by some unidentified enemy. Because he is somewhat pathetic his three friends continually try to help him find his way 'home', but they are never sure of his motives.

Community content is available under CC-BY-SA unless otherwise noted.
Advertisement